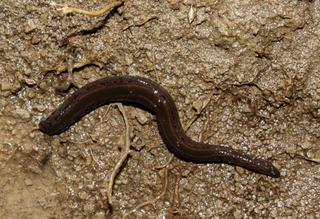 Two genome sequences of the European medicinal leech Hirudo medicinalis have just been revealed in a pair of papers, and the unexpected complexity may translate into new anti-coagulant drugs.

Some quick leech factoids: Of the 650 species, about 20 percent live in the ocean, where they feed on fish. The longest leech known extends 18 inches. A leech has 32 distinct brains and the genome extends about 230 million base pairs of DNA. Leeches belong to the same phylum as the earthworms, Annelida.

The animals practice "hematophagy" – literally "eating blood." A leech will gorge itself to five times its weight until, satiated, it drops off its victim. The jaws are strong enough to penetrate a hippo's hide. Leeches have been used medicinally in bloodletting for thousands of years.