How the Pangolin Got Its Scales – A Genetic Just-So Story 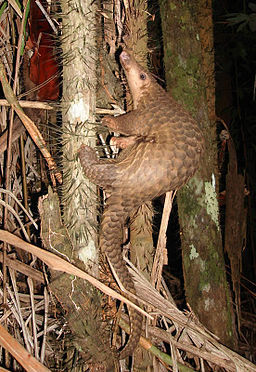 Darwin and Lamarck pondered the advantages of the giraffe’s long legs and neck, while a few decades later Rudyard Kipling explained how the leopard got its spots. Today genome sequencing is fleshing out what we thought we knew about some distinctive animal adaptations, from the giraffe to the leopard.

Adaptations are inherited traits that increase the likelihood of an individual surviving to reproduce. A zebra's stripes rendering it invisible when it runs and the fennec fox's giant ears that dissipate heat and hear distant predators are adaptations.

A report in this month’s Genome Research provides the basis for a “just-so story” about how the pangolin – aka the scaly anteater -- got its scales. They protect, but in a way beyond the obvious. According to the genome, the armor of the pangolin replaced part of its immune response.
Read More
Be the first to comment 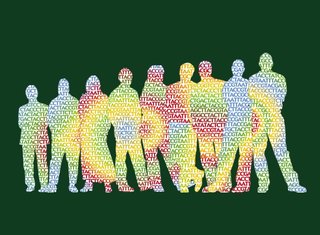 FUZZY GENETIC INFORMATION
My patient comes from a long line of female relatives who’d died young from breast or ovarian cancer. She’s already been tested and knows she has a BRCA1 mutation. Will she get the family’s cancer? Knowing would enable her to decide whether and when to undergo surgery to remove her breasts, ovaries, and uterus. Read More
Be the first to comment

A genome sequenced to investigate one disease may reveal another.
You have your genome or exome (the protein-encoding part) sequenced to help diagnose a puzzling set of symptoms, and something totally unrelated, and unexpected, turns up – a so-called “incidental finding.”

Surprises, of course, aren’t new in medicine. The term “incidental finding” comes from “incidentaloma,” coined in 1995 to describe an adrenal tumor found on a scan looking for something else. I had one -- a CT scan of my appendix revealed a polycystic liver. A friend had it much worse. She volunteered to be a control in an Alzheimer’s imaging trial, and her scan revealed two brain aneurysms!

Geneticists have long expected an avalanche of incidental findings from clinical (exome or genome) sequencing. Read More
Be the first to comment 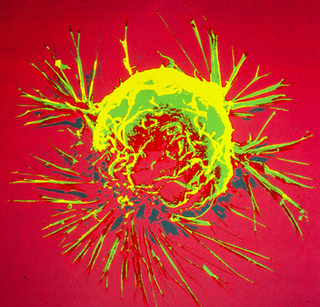 A breast cancer cell. (Natl Cancer Inst)
In the usual trajectory of passing on genetic information, the older tell the younger, when the time is right. Typically, a patient has a genetic test because family history, ethnic group, or some other clue suggests to an astute practitioner an increased risk of something specific.

If a test reveals a mutation that could cause a disease, then the patient and perhaps her partner discuss how, when and what to tell their children – in the best of circumstances, with the help of a genetic counselor. Read More
Be the first to comment

Why I Don't Want to Know My Genome Sequence 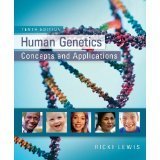 Even after writing 10 editions of a human genetics textbook, I don't want to know my genome sequence. Yet.
Famous folk have been writing about their genome sequences for a few years now. But when I received two such reports at once last week – about genetics researcher Ron Crystal, MD, and a hypothetical (I think) story about President Obama, I knew it was time to take action.

Or, in my case, inaction. Read More
Be the first to comment 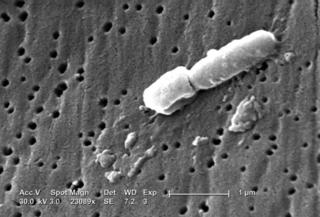 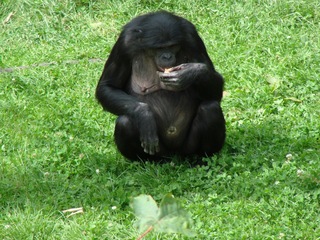 Yesterday I committed a terrible crime. I walked away from a treadmill at the Y without scrubbing the handles.

“Ricki, get back here,” admonished the attendant as I headed for the elliptical. “You forgot to wipe down!”

“But I’m not sweating, and I never get sick. I won’t pass along  Read More
1 Comments

Tags: Venter, DNA, creating life, genome, American Society of Gene and Cell Therapy, gene therapy, blindness
I’ve been at the American Society of Gene and Cell Therapy annual meeting this week, garnering tales for my book, tentatively entitled “The Forever Fix.” It is largely the story of 9-year-old Corey Haas, who was on his way to certain blindness when gene therapy performed at the Children's Hospital of Philadelphia in September 2008  Read More
5 Comments

Your last lines were the best

I wonder whether the drive of scientists to expand on proposed research, possibilities and hypotheses is overshadowing what it means to be human, or more specifically a primate.

In fact, as amazing as it is to run a cell on a synthetic genome, I am more concerned about the implications of such controversial endeavours; meaning, scientists need to stop and think if they should, instead of focusing on whether or not they could. Yes, Michael Crichton, through the character of Ian Malcolm in Jurassic Park made a valid point in the endeavours and progress of science.

Yes, I agree with you completely. I often think of the mathematician from Jurassic Park -- he really had it right. I imagine the "creation" of life can do more harm than good. Some things we just shouldn't do.

This is a good post; I stumbled across your post while looking for internet marketing method. Thanks for sharing; I'll be sure to return regularly. I invite you to see my post, I hope you will find interesting too.