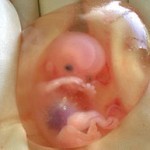 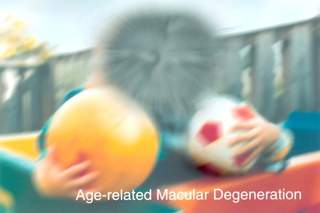 Age-related macular degeneration slowly destroys central vision.
The small wavy shimmers and fuzzy areas in the 78-year-old’s eyes had grown slowly, leading to a diagnosis of age-related macular degeneration (AMD), which affects more than 10 million Americans. She had the more common “dry” form. Despite 2 years of injections of one of the latest drugs (a vascular endothelial growth factor [VEGF] blocker), her sight was worsening. How much longer would she be able to drive, with a growing blob obscuring the center of her visual world?

Tags: genetic privacy
A bill that passed last week in the House threatens genetic privacy protections put in place with the Genetic Information Nondiscrimination Act (GINA) of 2008. The “Preserving Employee Wellness Programs Act” might instead be called the “telling on relatives” ruling.

GINA refers to a case, Norman-Bloodsaw v. Lawrence Berkeley Lab from 1998, that allowed clerical and administrative workers to sue their employer for requiring testing for “highly private and sensitive medical genetic information such as syphilis, sickle cell trait, and pregnancy” without their consent or knowledge during a general employee health exam. I’m not sure how syphilis and pregnancy got lumped in with sickle cell trait (a carrier), but requiring any such test is considered an illegal search under the Fourth Amendment. The sickle cell request also violates Title VII of the Civil Rights Act by singling out employees of African ancestry. Read More
Be the first to comment 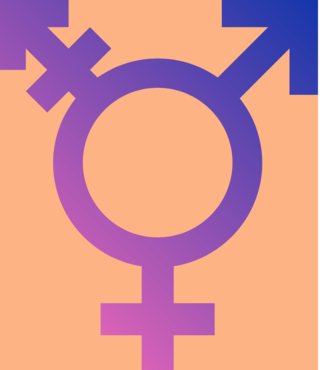 The recent return of the "which bathroom?" issue regarding transgender individuals’ use of public restrooms has made me think about how I’ve handled sex and gender in my human genetics textbook. Over the editions, the two topics have diverged. And that’s at the crux of misunderstanding. Read More
Post a comment