The Cave Where It Happened: The Daughter of a Neanderthal Mom and a Denisovan Dad 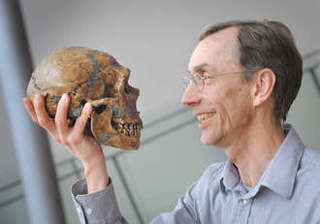 Svante Pääbo and a friend.
Once upon a time, in a cave in the Altai Mountains of southern Siberia, different types of ancient peoples were having sex.

A new report in Nature from Svante Pääbo, the Max Planck Institute for Evolutionary Anthropology superstar, and his team introduces the young teen “Denisova 11.” I’ll call her Eleven, in honor of the beloved character in the TV show Stranger Things. She was a type of archaic human called a Denisovan, pronounced “Denise-o-van.”

The title of the new paper tells the whole tale: “The genome of the offspring of a Neandertal mother and a Denisovan father.”

The research team introduced the first Denisovan, named Denise, in 2010, based on a preliminary genome sequence from her finger bone, discovered in 2008 in the cave. Denise lived 32,000 to 50,000 years ago and had dark skin and brown eyes and hair. Her genome included some Neanderthal sequences, so it was clear there’d been some mixing of genomes going on.

To continue reading go to DNA Science blog, where this post first appeared. Read More
Be the first to comment 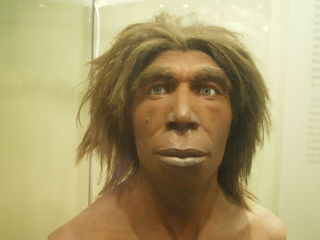 How could that be? Perhaps drugs and procedures that enable us to live with certain conditions also perpetuate gene variants that would otherwise sicken us enough to not reproduce. We pass on those genes and inexorably weaken our global gene pool. Read More
Be the first to comment