Measles and an Outbreak of Science Illiteracy 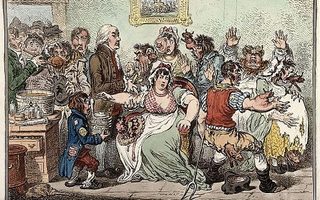 On January 22, the World Health Organization declared anti-vaxxers a "Top Threat to Global Health in 2019." The agency specified "vaccine hesitancy" as the "reluctance or refusal to vaccinate despite the availability." It's the first time that vaccines have made the agency's list of the top ten biggest threats to global health.

Might it be time for President Trump to stop tweeting about the long-defunct link between vaccines and autism?

I had the measles when I was four, with its characteristic fever and spots, for an entire month. My sister got a vaccine. She shrieked at the two shots, but she became a teacher so I think in retrospect she'd agree it was worth it.

Before the measles vaccine became available in 1963, epidemics in the US cycled every 2 or 3 years, with 3 to 4 million cases a year, and on average 450 deaths. Before that time, half or more of an elementary school classroom could be vacant as the highly contagious disease swept through. Nearly everyone had had measles by age 15.

To continue reading go to DNA Science, my weekly blog at Public Library of Science, where this post first appeared.

Baboon Genomes Offer Clues to the Past and Future of Humanity 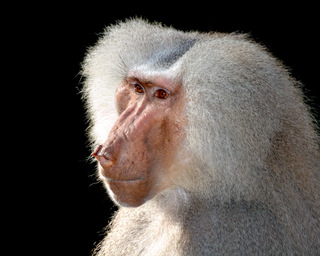 "Once upon a time, in a cave in the Altai Mountains of southern Siberia, different types of ancient peoples were having sex," I wrote last year in "The Cave Where It Happened: the Daughter of a Neanderthal Mom and a Denisovan Dad."

That long-ago admixture, plus other episodes, is why some of us have echoes of Neanderthal and Denisovan genomes in our DNA today. It's why some people learn from consumer genetic testing that 4% of their ancestors were Neanderthal. (Not the oft-claimed 3 or 4% of a genome, given that we share 98% of our genomes with chimpanzees.)

A new paper in Science Advances from the Baboon Genome Analysis Consortium provides a compelling possible view of our own prehistory, exploring genetic relationships among the six living species of genus Papio, the baboon. The animals maintain the traits that we say make them distinct species, differing in shape, size, and behavior, yet when members of different species meet, in geographical "hybrid zones," sometimes they indeed swap genes.

Have sex, that is.

To continue reading go to DNA Science, my weekly blog for Public Library of Science, where this post first appeared.

Google "CRISPR" and headlines touting "designer babies," "human rights," and "bioethics" are more likely to come up than descriptions of how researchers are actually using the powerful new technology.

But genome editing, using tools such as CRISPR, seems to have struck a public nerve in a more profound way, largely because of the reported rush to tinkering with human fertilized ova, fertilized ova, an intervention that would alter the genomes of future generations.

But what does the public really understand about "clustered regularly interspaced short palindromic repeats," aka CRISPR? It's fairly complicated to follow the details – the choreography of DNA, RNA and proteins; nuances of repeated and unique DNA sequences; details of recombination and DNA repair. But a PhD certainly isn't necessary to ponder the consequences of the ability to modify the human germline – the DNA that's passed on to future generations.

A carefully designed and tested questionnaire

In a paper in the January 2019 issue of Human Gene Therapy, Alex Hewitt, of the Menzies Institute for Medical Research at the University of Tasmania, a professor of ophthalmology who also has a PhD, and colleagues probed the reasons behind public perception of human gene editing

This is my 300th blog post for DNA Science. I'm so grateful to Public Library of Science for enabling me to comment so freely on all matters of genetics and genomics.

This week I look back on the crazy diversity of topics over the past year or so, and end with the posts that garnered the most attention, both good and bad. Two posts actually led to death threats.

I began DNA Science in September 2012, soon after my book The Forever Fix: Gene Therapy and the Boy who Saved It, was published. Luxturna, the blindness gene therapy that the book was about, received FDA approval at the end of 2017. And so the tag cloud focuses on gene therapy and diseases. But there's so much more, including my recent fascination with genetic genealogy, upon discovering half a dozen half-siblings.

The rest of the post links to the most popular and most controversial entries over the past 3 years. To continue reading go to DNA Science. 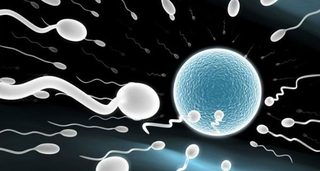 In her just-released memoir "Inheritance: A Memoir of Genealogy, Paternity, and Love," Dani Shapiro tells of discovering that she was donor-conceived. The subtext of her compelling story is to confront genetic determinism: the idea that we are our genes.

In a few ways Dani's experience was opposite mine, although our journeys both began with Ancestry.com. Dani's trajectory, somewhat atypical, was to find first that her half-sister wasn't her half-sister; that she had a new first cousin who would turn out to provide a crucial clue; and that she was only half Ashkenazi Jewish.

(This post became outdated days after I wrote it, when another half-sister contacted me. There are, at last count, 5 or 6 of us!)