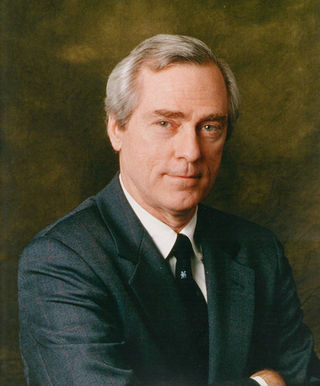 On July 29, 2004, Dr. Anderson, then 67, was arrested at his home in San Marino, California, and charged with molesting the daughter of a co-worker. The “inappropriate touching and medical exams” allegedly happened from 1997 to 2001, starting when the girl was ten. He has always maintained his innocence.

Dr. Anderson was tried in June 2006, convicted the next month, and sentenced to 14 years in prison on February 3, 2007. More than 200 scientists, many quite prominent, formed "Friends of French Anderson" and sent detailed letters to the court vouching for his character. But despite appeals, he has been in prison all this time.

Out of options, Dr. Anderson has just unveiled a website, www.wfrenchanderson.org that includes forensic evidence in his defense and other documents. He’s asked me to spread the word. I won’t discuss the evidence or legal details, at least not yet, but I wanted to relate how I came to learn about the case.  Read More
15 Comments

Thank you for your updates, insights and books. Kudos.

Thanks David. When I saw a comment I thought someone was going to yell at me for writing about French! It was frustrating to be sitting on this story and not be able to write about it. PLOS would not run it. So I'm glad you noticed it. I do hope that justice is served. Thanks!

I hope you will add this information to the Wikipedia article about Dr. Anderson, which currently leaves the story as it was. I studied with him back in the 1970's and knew several people in his group, and the whole abuse thing always seemed totally out-of-character for the man I knew. I hope this new evidence will be fairly evaluated.

Dr. Anderson has been a dear and favored genius friend since he first arrived at Harvard University and I am shocked and saddened that justice could be so horribly misused. My entire family sends our deepest prayers that this will be turned around. My love to both doctors and offer whatever help we may be able to give.

- Jince( for the) Bill McCurdy Family

You know the 'friends of anderson' link on this blog just leads to an article. Not a so-called organization. As a scientist working at USC at the time of the trial I followed this closely in the press. I have looked without finding, a single scientist who went on record with their support of this man. Maybe they exist and I haven't seen it. The judge interviewed appeared to admit to receiving pleas from scientists, but these names were not publicly released. So they're either fictional or else don't want to be publicly associated with a convicted child molestor. I also saw some of the emails written by Anderson to the victim. These are available online. Anyone who thinks this guy is innocent should read them. They are creepy and demonstrate a man with serious issues. These along with the other evidence made the case that convicted him. Which is why there are no 'prominent scientists' much less 200 of them, willing to put their names next to his.

I am forensic engineer who was asked to review the recording used as evidence. I believe in our judicial system.....however I have proved many times where individuals within governmental systems adulterate evidence. Please go read the new evidence which proves that law enforcement altered the recording. Doesn't this situation cause anyone to wonder why any court would deny a citizen the right to present evidence of his innocence, no matter when the evidence was discovered? Our founding documents don't establish the details of how our judicial system is to function in its totality. However, they do explicitly state each citizens rights. I hope that this entire episode will be open for discussion with the public at large. All citizens should be aware of the conduct of some of the individuals in law enforcement for this case. And we should seriously look at the system which is in place that allows a law enforcement individual to violate a citizens rights by manufacturing evidence for the purpose of taking away a persons freedom, his wealth, and sometimes his life. These acts, performed by individuals that are protected under the 'color of law' should be utilized as the evidence that it is....to prosecute the corrupt persons.

- Not signed for my protection

Thank you anonymous forensic engineer. I have wanted to fully write French's story, perhaps even as a book, for many years. The few times I've had the ear of an editor, lawyers intervene, and I cannot do it. This post is the only writing I've done about French. I hope that he will be exonerated and released, and that I can meet him and finally help him to tell his story. It is a travesty of justice. Thank you again. I've read the evidence report.

Sadly, French's faith in the judicial system was really his downfall. He simply assumed the system worked, so by the time he figured out that it was a game of brinkmanship not justice, it was too late; convicted. He never stepped up. But, as the forensic engineer pointed out, the physical evidence has been debunked. So, Ricki, stay tuned; French isn't licked yet.

thanks dailylooker. I haven't heard anything from the French camp in a long time. I think of him often and hope he is ok.

I knew the brave survivor who came forward and accused him. I know that he paid a ton of money to a private investigator to try and discredit her. I know that the PI showed up at two of her counselors' doors late in the evening, when these women were alone, in an attempt to catch them changing their story. What would cause the PD to even alter things to hurt him--a respected, successful white scientist who was financially supportive of police. (The San Marino PD turned it over to LA County because they knew the fact that he had given their department significant money for equipment would cause a problem in a trial. LA County had no reason to believe he was a bad dude, but they are going to alter evidence.) I know that there were other survivors who didn't come forward for a host of reasons, including the slander thrown at the one who did. He did this, and the fact that he is brilliant and charming does not absolve him of anything. He did this.

Thanks Denise. I know that there are many sides to these tragic events and I acknowledge that I have only heard one. I really appreciate your comment.

I actually sat next to French Anderson at a company meeting once. I was new and he asked me who I was. I gave him my thumbnail bio and asked him who he was. He laughed! Others at the table laughed. He never told me his name. I left the meeting thinking "What an asshole!" Turns out he wasn't just an asshole, he is a pedophile, too!

Well, we just don't know. Behavior is subjective -- what is sexual assault to one person is accepted behavior to another.