Summer Musings on the Deaf on Martha’s Vineyard and SevenEves 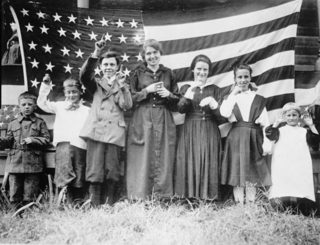 Deafness was normal on Martha's Vineyard in the 1800s
One recent morning, my husband and I hiked down to Great Rock Bight, our favorite spot on Martha’s Vineyard, before anyone else. When I first saw it years ago, I named it the Planet of the Apes beach after the huge rock that juts up a few hundred yards from shore, like Charlton Heston’s view of the remnants of the statue of liberty at the end of that film.

I had with me a sci-fi tome, "Seven Eves" by Neal Stephenson, and a glossy real estate magazine. Because our house is at the lower end of the price range, I like to ogle the spreads of zillion-dollar estates.

So I opened the magazine to "Historic Waterfront Chilmark Home," with a current image of a spectacular house on the left, and a view from 1901 on the right, behind owners Benjamin and Hattie Mayhew. The house was built in 1878 on 6 acres overlooking two big ponds. A mere $5 million.

Benjamin Mayhew was a descendant of Thomas Mayhew Sr, who "bought" the island in 1641, although the Wampanoag tribe of Gay Head and their ancestors had lived there for more than 10,000 years. Benjamin and his brother Jared were deaf, as were both of their parents, an uncle and two aunts, and many others.

I’d forgotten the wonderful story of the deaf community of Martha’s Vineyard, so thought I’d share it here. Read More
Be the first to comment