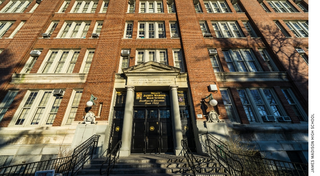 Four of the six of us from my high school inner circle have had breast cancer over the past two years. And that has me wondering.

Did a shared environmental exposure, stamped onto our shared Ashkenazi Jewish heritage, during that critical period in our lives set the stage for cancer decades later? The timing and cancer subtypes suggest to me, the biologist in the group, that the answer could be yes. But I'm flummoxed.

The long walk to James Madison High School began every weekday morning with me. I'd pick up my neighbor Amy, then Randy two blocks over, then across the street and a few steps to Wendy. We'd turn right onto Quentin Road to meet Tobie, then dip into East 18th Street, to get Bess in her rambling Victorian that was to the rest of us, from smaller homes and apartments, a mansion. It was the epicenter of the best parties.

To read more, go to DNA Science, where this post first appeared.