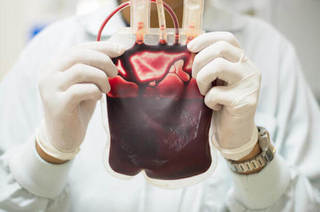 Regular transfusions of the blood of a younger, physically fit donor can significantly retard the aging process," proclaims a middle-aged CEO being hooked up to an intravenous line to the buff, young Bryce, the "transfusion associate." It's a parabiosis procedure, the CEO explains, in episode 5 of season 4 of Silicon Valley.

He's right. Parabiosis experiments have indeed shown value to receiving young blood – if you're a mouse. And vice versa for sending old blood into a young rodent.

Although nothing short of a time machine or death can halt the aging process, the idea of therapeutic benefits from "young blood" has been around a long time. Now, results of a phase 2 clinical trial indicate that something, or some mix of somethings, in young blood is apparently safe and offers the first hints that it might slow the cognitive decline of mild to moderate Alzheimer's disease.