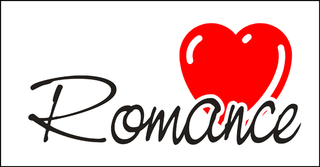 DISSECTING A DNA DATING WEBSITE
The most damage a sports gene test can do is to keep a child from doing something she loves because of a DNA-obsessed parent. A more questionable application of DNA testing is as part of “relationship science,” something I learned about a few weeks ago when a reporter from healthline.com asked me about it. And so I perused the website of a company claiming to be the “leader in human genetic compatibility.” (After I posted this blog at DNA Science last Thursday, I heard from a company assuming I was writing about them -- I wasn't. I kept the name out on purpose. So there must be more than one.)

The company I referred to tests for four genes. Three are members of the human leukocyte antigen (HLA) complex, which encodes the cell-surface proteins that determine who can give body parts to whom and reflects many disease susceptibilities. The fourth gene, SLC6A4, encodes a serotonin transporter.

Both the HLA genes and SLC6A4 have been studied for decades. Yet the test panel doesn’t include ancestry markers, which I would think might be more important in mate selection than tissue compatibility.

HLA TYPING
The company is using HLA typing as a surrogate for scent, claiming that 40% of olfaction comes from the genes. But the existence of human pheromones is still under debate, although they were predicted to exist half a century ago and many a website will happily sell you some.

More telling in the scent department may be the 1995 study of women preferring the sweaty T-shirts of men least like them genetically. Wikipedia credits it with starting the field of genetic matchmaking.

Why wouldn’t humans have pheromones, when so many other animal species do? Plus the HLA genes are so involved in biological compatibility that I suspect they do indeed have something to do with scent and pheromones. But do we need a DNA test to tell us when a potential date stinks? Maybe so. That's one characteristic we can't yet inspect on our electronic devices.

Knowing one’s HLA type is not without value, but it's hard to say whether one should seek a mate with a different or similar profile. People with different HLA variants may be less likely to pass infections back and forth. But couples with similar variants would certainly be safer if, for example, when out on a date one of them suddenly needed a blood transfusion, bone marrow transplant, or part of a liver.

The SLC6A4 protein recycles the neurotransmitter serotonin to the reuptake stations on presynaptic neurons in the brain. Serotonin is what’s theoretically scarce in some cases of depression (like pheromones, that hasn’t been definitively shown either), and so the transporter provides a target for the “selective serotonin reuptake inhibitors” like Paxil. It’s also the target of the older tricyclic antidepressants, as well as amphetamines and cocaine.

People can have a short version or a long version of one part of the SLC6A4 gene. In one study, people with two short variants self-reported future dissatisfaction with their marriages if they previously reported high or low emotional behavior (whatever that means). Conversely, if people have at least one “long” version of the serotonin transporter gene, then their emotional behavior does not influence their perceived long-term stability of their marriages.

What the serotonin transporter has to do with dating is beyond me, although I have not dated in centuries. But I think a shared love of dark chocolate, running, and binge-watching Orange is the New Black may be more meaningful measures of day-to-day compatibility than SLC6A4 genotype.

But testimonials on the company’s website attest to the fact that people do believe that choosing dates based on limited genotyping has value. They are falling into the trap of genetic determinism, the idea that DNA is destiny.

“We knew the test would show a great match because we knew we had chemistry when we met. We think the test results show that the Instant Chemistry DNA test can help singles find that person who they have a real connection with,” writes one satisfied customer.

I emailed the company requesting data showing that people with particular genetic profiles are more likely to be compatible, and how the company defines and assesses compatibility. I haven’t heard back yet. However, a news release from July, prompting a flurry of media coverage, informed us that the company is “proving that there is science behind attraction,” with “new, groundbreaking research.” So stay tuned.

PRECEDENTS
Using genetic testing in mate selection is a decades-old strategy. Dor Yeshorim is a program that originated in the Hasidic Jewish community in New York City. It has tested thousands of young people from all over the world for several “Jewish” genetic diseases since a rabbi who had children with Tay-Sachs disease started the program in 1983. Testing is anonymous, using numerical identifiers, and carriers are not told what they carry – just whom to avoid having children with, if they so choose. Their testimonials are the plummeting incidences of some of these diseases in the tested population.

At the other end of the seriousness-of-genetic-testing spectrum, federal regulators are finally cracking down on dubious DNA-based claims. Two years ago I’m embarrassed to admit that I bought “age-defying with DNA Advantage cream makeup” because I couldn’t resist the goop in the see-through container swirled into a double helix shape. I’d thought I’d read that FTC had made these genetics references in cosmetics ads disappear, but they forgot to tell Google.

My all-time favorite study exposing misuse of genetic testing is from the U.S. Government Accountability Office from circa 2008, when direct-to-consumer genetic testing debuted. GAO investigators submitted DNA samples from a 9-month-old girl and a 48-year-old man to four “nutrigenetics” companies, but with 14 made up lifestyle/dietary profiles. None of the companies, which offered dietary suggestions and pricey packages of exactly the supplements that an individual purportedly needed to avoid her or his genetic fate, bothered to do a health history.

Lo and behold, the advice from the four companies tracked with the
made-up backgrounds and not genetics. And they detected very common conditions (to which genes may contribute minimally) and stated the obvious, like not smoking. Concluded the study: “Although these recommendations may be beneficial to consumers in that they constitute common sense health and dietary guidance, DNA analysis is not needed to generate this advice.” Some of the suggestions could even be dangerous, such as vitamin excesses in people with certain medical conditions.

I don’t know if the FDA, FTC, or GAO are interested in a dating site that preys on those who don't know much about DNA. My advice for deciding whom to date? Actually talk to someone! Don’t shell out hundreds of dollars to learn about a handful of genes.

(Some of this material comes from chapter 20, Genetic Testing and Treatment, in my textbook Human Genetics: Concepts and Applications, just published by McGraw-Hill in the 11th edition.)