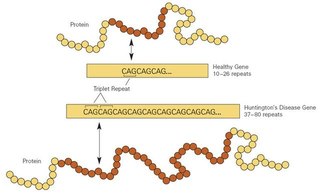 When results of a clinical trial of a treatment for a rare disease are disappointing, feelings of despair among hopeful affected families resurface – especially if the only options are repurposed drugs. That's the case for Huntington's disease, an inherited neurological condition that affects about 30,000 people in the US, 16 percent of them children.

The HD community is reeling from two such setbacks. But a new approach to halting the runaway expansion of the HD gene (called HTT) that lies behind the illness may reignite hope. The strategy focuses not on the HTT gene itself, but on another with which it interacts – a gene that takes part in repairing damaged DNA. Results appear in Cell Reports.