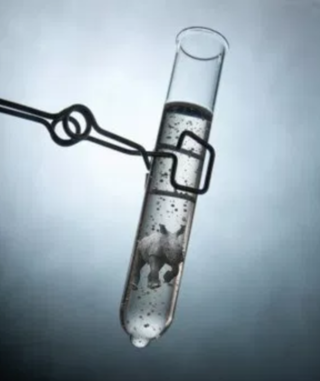 The hybrid rhino embryos developed to a key early stage, the hollowed-ball blastocyst. If they can survive transfer to surrogate southern rhinos and continue developing, it would demonstrate that at least one route to salvaging the subspecies may be possible. But it might not be enough.

The blastocysts are “the first in vitro produced rhinoceros embryos ever,” said co-author Thomas Hildebrandt, of the German Leibniz Institute for Zoo and Wildlife Research. The northern white rhino population is down to just two infertile females (Najin and her daughter Fatu). The last male, Sudan, died in March. The southern subspecies is some 21,000 animals strong. Yet ironically, the genomes of northern animals, albeit based on a handful of samples, are more diverse.

The hybrid embryos, harboring one southern and one northern genome, are halfway to the goal of re-establishing a founding population of the dwindling subspecies. Mating the hybrids for several generations, serially selecting offspring with the highest percentages of northern DNA, could approach reconstituting the genome of the northern white rhinoceros, given time and luck. This is classical genetics sprung from an assisted reproductive technology.

Continue reading at DNA Science, my blog for Public Library of Science. Read More
Be the first to comment 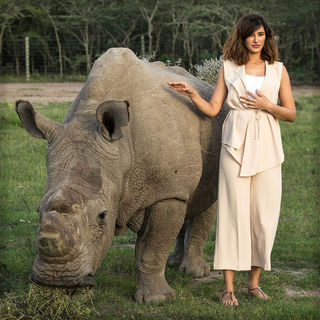 The text you type here will appear directly below the image
People are taking eclectic approaches to saving rhinos from poachers.

Tracking devices on the animals detect an increase in heart rate when danger approaches, like a FitBit wearer encountering a dog that’s sprung it’s invisible fence.

A concoction of rhino keratin (the protein that forms the horn) made in recombinant yeast and rhino DNA (to mark its authenticity) offers a substitute that may keep poachers away.

The Rhino Rescue Project captures rhinos, injects dye into their horns, then releases them, the stain rendering the appendage less desirable to hunters. Dehorning is another approach.

Such efforts may appear to be too late for the brink-of-extinction northern white rhino, but results of a new study published in Genome Research offer hope: genome sequences of nine northern white rhinos reveal a genetic diversity that may provide a way to save them. “Our study demonstrates the emerging role for whole genome sequencing analysis to evaluate the potential for population recovery,” said Cynthia C. Steiner, from the San Diego Zoo Institute for Conservation Research and director of the study. Read More
Be the first to comment