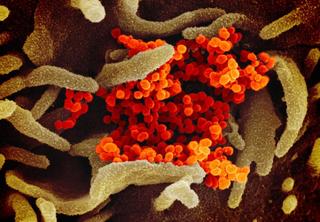 As the early weeks of the pandemic unfolded and health care workers struggled to save so many lives, researchers began tracking the path of destruction of SARS-CoV-2, focusing at first on the tango between cells of the lung and of the immune system.

Just as mRNA vaccine technology was years in the making, so was a powerful way to illuminate cellular pathology: single-cell transcriptomics using single-cell RNA-Seq, aka simply RNA-Seq. It detects the abundance of all unique messenger RNA (mRNA) molecules in a cell, collectively called the transcriptome. RNA-Seq reveals the suite of proteins a cell produces in response to a stimulus – such as an influx of viruses. The technology is more than a decade old.

But cataloging the abundance of mRNAs in a lung cell, or in any cell, isn't meaningful without the context of the organ of which it is a part. It's a little like counting the number of times the words "the," "a," and "there" appear in a novel and trying to deduce the narrative.