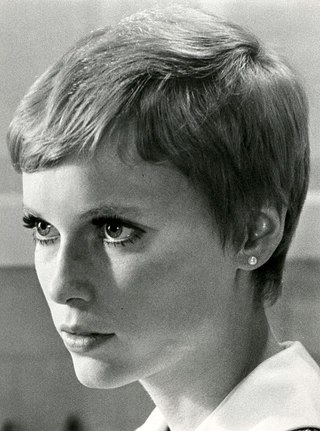 Ilana Glaser of Broad City fame wrote the screenplay and stars as pregnant protagonist Lucy. Although the film cherrypicks memorable scenes from its predecessor, it nonetheless fails on several levels. The most obvious gaffe is the title: Lucy conceives, so there's no false positive! The new film offends in many ways, but for me the ultimate explanation – spoiler alert ahead – which was "ripped from the headlines," hit a little too close to home.

Ira Levin published the spellbindingly original Rosemary's Baby in 1967. The film came out a year later, starring Mia Farrow. Levin went on to tackle dystopia, writing 1972's The Stepford Wives and in 1976, envisioning the cloned Nazis of The Boys from Brazil.

Protagonist Rosemary Woodhouse and her husband Guy have just moved into a monstrous apartment building on the Upper West Side of Manhattan that is actually the Dakota, the site of John Lennon's shooting in 1980. Guy is a struggling actor whose luck begins to turn when he befriends creepy neighbors Minnie and Roman Castevet. In an oddly vivid nightmare, Rosemary is raped by a monster with gleaming yellow eyes, and the next morning, she awakens to see claw marks on her skin. Soon after, she learns she's pregnant. 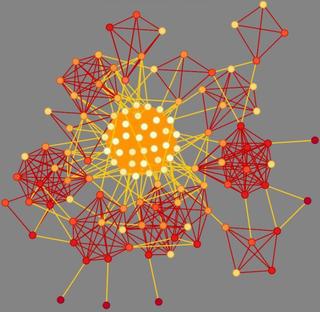 I'm tired of writing about COVID from a geneticist's point of view, so I thought I'd let a virus speak – about the pandemic's origin and future.

My ancestors came to the US from China in the nasal passages of a handful of airline passengers, in late 2019. A few of us descended quickly into lungs, hiding as pneumonia percolated. Some of us were forcefully ejected in droplets as our human hosts hurried through coastal US airports, riding sneezes and coughs or shot out in violent diarrhea into airport toilets, symptoms easily blamed on common colds or food poisoning. Many hapless hosts weren't sick at all, obliviously passing us to others.

In this way, my ancestors silently, stealthily, seeded the nation. 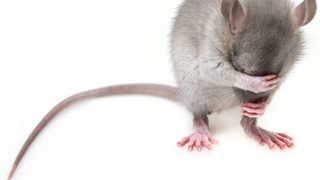 Reading a breathless account of an amazing new medical treatment, lured in by an exciting headline, only to discover a few paragraphs in that the findings are in rodents, can at best be annoying, and at worst raise false hopes for patients and their families. A new study, long overdue, pins down one source of this common error of omission: leaving out mice in the titles of technical articles.

A chain reaction of mangled communication is at fault.

Leaving Out the Rodents

Failure to mention that an experiment was done on non-human animals in a technical article's title can reverberate as a news release and then echo in media reports, tweets, and memes. Or, the headline of a news release or its content can ignore the mice, even if the journal article mentions them.

In yet another scenario, the reporter can omit the rodents. Journalists are sometimes so rushed with deadlines that they may modify a news release rather than take the time to read the technical report behind it that may indeed credit the mice and rats. Another source of the error: editors who write the headlines of news articles, omitting the mention (writers rarely write the headlines).

Many science journalists get ideas from the dozens of news releases posted daily at Eurekalert.org, from institutions and companies all over the world. And some releases only mention mice a few paragraphs in – or not at all.

Hype resulting from mouse-deficient headlines has bugged me for a long time. When I edit abstracts for a medical journal, one of my regular gigs, I alert authors who leave out model organisms from article titles.

So I was happy to read, ironically in a news release, that Marcia Triunfol at Humane Society International in Washington, DC and Fabio Gouveia at the Oswaldo Cruz Foundation in Rio de Janeiro have investigated whether mention of mice in news release headlines dampens media coverage.

The findings described in "What's not in the news headlines or titles of Alzheimer disease articles? #InMice," published in PLOS Biology, aren't surprising: when a scientific paper's title omits the rodent connection, journalists reporting on the paper tend to do the same. And reporters are more likely to cover papers without mice in their titles.

To continue reading, go to DNA Science, where this post was first published. 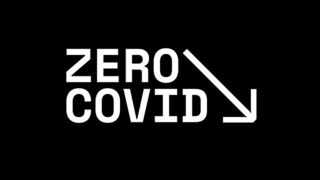 I haven't thought or written much about human genetics since COVID hit, instead cranking out articles about the novel coronavirus and the repercussions as it evolves and spreads.

Now it's time to revise my human genetics textbook. The thirteenth edition of Human Genetics: Concepts and Applications came out in September 2020. I'd signed off on the final page proofs that April, back when New York City was the COVID epicenter for the US. I only had time to swap in a SARS-CoV-2 photo for one of Zika virus, and replace a flu paragraph with what we knew about COVID at that time.

With each revision, I think back on how the field has changed in the 20 years since the first edition. That typically means updating coverage of genetic tests and technologies – topics like cell division, Mendel's laws, DNA and RNA and protein, evolution and populations – remain the same. This time though, in the face of vaccine hesitancy, the importance of understanding basic genetics is much more compelling. The context: the vaccines work by taking advantage of the way that genes control protein production.

To continue reading go to DNA Science, my blog at Public Library of Science.