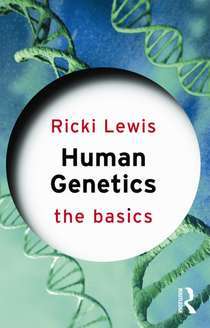 Chapter 1: From Ancestry to Destiny

"We don’t know why they went, but an ebb and flow of humanity probably pulsed out of the dark continent, with most surges squelched by any number of environmental challenges. Over the millennia, many small groups likely attempted to leave Africa, dying out along the way. Hard times in rough climes must have wiped out many a human settlement, enabling only the hardiest, luckiest, or cleverest to survive. Clues in DNA, linguistics, and climatology provide fleeting glimpses of these prehistoric journeys, like peeking at a few frames of a film."

"The Fly Room had eight cluttered and crammed desks. Cockroaches skittered across the floor. But the sense of excitement and cooperation that permeated the place would become a model of how to run an academic science lab. Every available surface was festooned with the small, cardboard-stoppered glass milk bottles, each housing hundreds of flies. Insect escapees would often light on the researchers’ hair, and the air bore the distinctive aroma of the overripe bananas mashed into milk bottle bottoms. Female flies would lay their eggs onto this goo, and out would hatch the first of three waves of larvae that would mature within it. The worm-like creatures with their perpetual motion jaws would eat themselves towards adulthood, finally encasing themselves in cocoons and, a few days later, emerging and unfolding as full-fledged flies. Half a dozen future Nobel laureates were among "Morgan’s boys", and the Fly Room spawned an academic pedigree of the founders of modern genetics in the twentieth century."

"The hospital was to become a familiar place for the little girl, who contracted a parade of viral and bacterial infections. By age six, the visits became much less frequent, perhaps because of the daily “bronchial drainage” treatments Donna and Michael began as soon as Mikayla came home. They would gently tap on their daughter’s lungs, in different positions, to loosen the sticky mucus that is the hallmark of the disease. By the time she was 16 months old, Mikayla had grown enough to switch to using a vibrating vest."

"... The dedication to Mikayla’s care has paid off, for she has made enormous strides. "I almost feel like a normal kid. I am having so much fun," she said in early 2010. When Mike and Donna asked her what she meant, the little girl explained that because she can now attend school, and take skating and swimming lessons, she sometimes forgets that she has CF! She’s even ridden a horse and gone jet skiing. But her father Mike recalls when the situation was much more dire. "There were times we didn't know if she would make it through the night -- but she fought and she did." With luck and perseverance in preventing symptoms, Mikayla may live several decades. This wasn’t always so."

"Cell surface antigens form a topography of sorts, like the mountains and valleys of a landscape. Our own cells have antigen landscapes that the immune system perceives as "self" and does not attack; it reacts against foreign, or "non-self" antigen landscapes that are parts of pathogens. The immune response creates a series of barriers that make it difficult for a pathogen to penetrate and colonize a human body. An infecting virus or bacterium must find a break in the skin or an exposed mucous membrane, and must overcome the likes of earwax, tears, forceful sneezes and waving cilia, the tiny hair-like extensions that sweep irritating particles and microbes up and out of the respiratory tract. Pathogens that survive these initial defenses then meet an acid bath in the stomach, and if that doesn’t get them, they may be forcefully expelled in vomit or washed out of the body in an explosion of diarrhea. In fact, much of what makes us sick is actually the response of the immune system, not an action on the part of the pathogen."

"’Intrigued, Fölling analyzed the urine in a makeshift biochemistry lab in an attic at University Hospital in Oslo. First he ruled out infection. Then he added ferric chloride to the urine to rule out diabetes, which would turn urine purple instead of the reddish-brown that normal urine turns. Liv and Dag’s urine turned green! Astonished, Fölling asked the parents not to give the children any medications for a week, and then he tested the urine again. It was still green! Using standard organic chemistry techniques, Fölling identified the substance responsible for the green color, and likely the odor, as phenylpyruvic acid. Could it cause mental retardation? He wondered where else he could find the anomaly."

"Mutations do not have a particular fondness for certain types of people. In fact, the first human genomes sequenced revealed that each of us probably carries at least twenty mutations that, if present in two copies, would cause disease. A mutation becomes affiliated with a group of people if the genetic change originates within the group and then the people partner only among themselves, neither diluting the strength of the mutant allele in their gene pool as other people join, nor sending it out as people leave. Such inclusiveness may be by choice, or forced upon a people by the vagaries of history, as it was for the Jews."

"Motor symptoms of HD usually begin shortly after cognitive clues. Fidgeting becomes more frequent and progresses to larger, repetitive movements. Eventually, hands wave and feet tap, in endless, apparently purposeless patterns. Loss of the perception of the body’s location in space triggers tripping, falling and colliding, as if intoxicated. Symptoms worsen. At first the brain suddenly blocks grasping movements and reached-for objects crash to the floor; later on a grasp may morph into a powerful kick or lurch. Woody Guthrie, the famed folksinger who died of HD in 1967, was overcome with twitches and staggers, constantly whirling about, injuring himself with his flailing limbs. ... Woody Guthrie saw in himself the signs he knew all too well from his mother."

Chapter 6: Genetic and Genomic Technologies
"Instead of being like a book that tells a simple, linear story, the human genome is instead a source of information that is both shaded and nuanced, dynamic and difficult to predict, filled with subtext to the seemingly simple sequences of A, C, T, and G. The human genome in a person may be ephemeral, but overall is a timeless creation of nature, at the same time a repository of our past as well as the raw material for our future. In the present, however, we can use gene and genome information to improve our health and to learn more about the other species with whom we share the planet."

"Much of the human genome isn’t actually human, but instead consists of remnants of viruses that have inserted their DNA into our cells over the millennia, sometimes making us sick, more often traveling silently from generation to generation along with our own genes."