What Do Non-identical Identical Twins Have to do with COVID-19? Mutation! 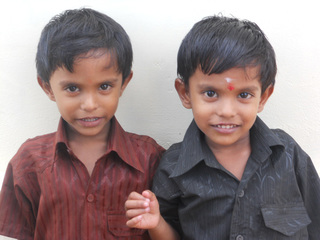 Identical twins Stella and Desiree Vignes were born in 1938 in a Louisiana town so small that it wasn't on any maps. Light-skinned Blacks, the girls left town together at the age of 16 to head to New Orleans to work and escape a bleak future. Stella was mistaken for White at a job interview and continued the deception to get the position, eventually marrying her boss and leaving her sister behind. Stella experienced adulthood as White, Desiree as Black.

The Vignes sisters were born in the imagination of Brit Bennett, an extraordinary young writer. Her bestseller "The Vanishing Half" traces the experiences of the twins in a world where what happens to them depends upon how others perceive them – as Black or White. Of course, they go on to live starkly different lives, Stella in wealthy Brentwood, California, and Desiree back in her hometown waitressing in a diner. The drama intensifies when their grown daughters meet, one a pale blonde, the other "a dark girl" black as ebony.

Identical twins and higher multiples are, indeed, fascinating. The 2018 film Three Identical Strangers tells the tale of triplet brothers who met by chance at age 19 in 1980. It echoes the fictional film The Parent Trap, from 1961 with Hayley Mills and reborn in 1998 with Lindsay Lohan, each in dual roles.