Waning COVID-19 Antibodies Expected, No Cause for Alarm 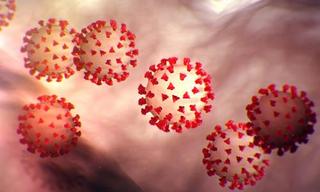 Ominous headlines have been common in recent months declaring that antibodies against COVID-19 decline quickly. But the reports simply describe an expected phenomenon and are not evidence of waning immunity, experts say. And recent data show strong T-cell response in people who had mild or asymptomatic infections.

"A large number of investigators are reporting the antibody response in humans infected with COVID who recover tends to drop relatively quickly. To some people that's an alarm bell. Following recovery from an acute infection, a decline in antibodies is normal B-cell biology and is exactly what we predict," said Dan Barouch, MD, PhD, professor of medicine at Harvard Medical School in Boston, Massachusetts.

"Do titers stabilize? Do antibodies last a long time or not? It's an unknown area, but there are no alarm bells yet," Barouch told Medscape Medical News.

Researchers and clinicians use antibodies as a surrogate for an evolving adaptive immune response because they're far easier to assay than the T cells that drive the response and stimulate B cells to produce the antibodies.

In tracking the ups and downs of antibodies and T cells, researchers seek "correlates of protection." These are measurable signs that an individual is immune to a specific infection. For example, an antibody against the viral spike protein is a correlate of protection because it predicts neutralization of SARS-CoV-2.

The Immune Response to SARS-CoV-2

Both arms of adaptive immunity respond quickly to a viral infection. CD4 ("helper") T cells are activated by day 2 of infection and they stimulate B cells to make antibodies against the infective agent.

To continue reading go to Medscape Medical News, where this post first appeared.