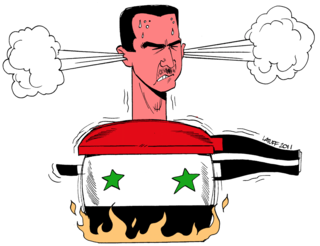 Buried in the lower right corner of last week’s New England Journal of Medicine – not up on the left, which spawns the headlines – appears “Health Effects of Dramatic Societal Events – Ramifications of the Recent Presidential Election.” David R. Williams, PhD, MPH, and Morgan M. Medlock, MD, M.Div, both from Harvard, describe “post-election health effects” and list ways clinicians can help their patients cope.

“Health effects,” rather than “syndrome” or “disorder,” suggests that the angst many of us have been feeling since November 9 isn’t a medical condition, but is a strange new normal. Others use stronger terms. Sarah Jones in Politicususa attributes the rape nightmares plaguing many women to Trump Traumatic Stress Disorder (TTSD). John Markowitz’s recent editorial “Anxiety in the Age of Trump” in Comprehensive Psychiatry attributes the “floods of patients” and “national – if not global – rising anxiety” to “Post-Trump Stress Disorder.” I prefer Jones’ TTSD, because the distress began well before the shock of the election.

Patients with major depression feel more hopeless; patients with obsessive compulsive disorder find life more out of control; patients with posttraumatic stress disorder feel more frightened of another disaster around the corner; patients with psychosis further distrust reality,” Dr. Markowitz writes. And although TTSD isn’t yet in the DSM-5 , the Bible of psychiatric diagnoses, it can possibly trigger “symptom exacerbation or recurrence in vulnerable individuals,” he writes.

Psychological effects of the election are the first to be noticed, but physical ones will almost certainly follow.

A RESPONSE TO TWO SURVEYS

One inspiration for the NEJM article was the “Stress in America” online survey that the American Psychological conducted in January 2017 after the yearly August survey in 2016 revealed more than half of the 3,511 respondents claiming significant stress from the then-impending election. The more recent survey had 1,019 participants, and found Democrats more likely than Republicans (72% vs 26%) and minorities (69% of blacks, 57% of Asians, 56% of Hispanics) more likely than non-Hispanic whites (42%) to attribute stress to the election. And with two-thirds of participants claiming great concern about the future of the US, stress, and the disease risks it hikes, isn’t going away anytime soon.

"The Trump Effect," from Maureen B. Costello at the Southern Poverty Law Center, also inspired the NEJM paper. Half of 2000 K-12 teachers surveyed claimed students felt “emboldened” by rhetoric from the campaign trail to aggressively hurl insults at marginalized groups: “Teachers have noted an increase in bullying, harassment and intimidation of students whose races, religions or nationalities have been the verbal targets of candidates on the campaign trail.”

The NEJM paper lists the disenfranchised: immigrants, the poor, African-Americans, Muslims, the LGBTQ community, those in fear of losing social and health services, and people with pre-existing conditions. Fear is great for those whose pre-existing conditions are inherited, because the recently passed H.R.1313, should it become law, would allow companies to compel employees to take genetic tests or pay a fine, and report the findings. It’s bizarrely called the “Preserving Employee Wellness Programs Act,” but I dubbed it the “telling on relatives” ruling here, because a diagnosis of an inherited disease automatically implicates others, thanks to Mendel’s laws.

The reality now for many rare disease families is intense fear and anxiety over possible disruption of services, a terrible uncertainty. The ACA at least helped because kids weren’t locked out by pre-existing conditions. A lot of people who previously were uninsurable or hit lifetime limits for rare diseases quickly suddenly had care. The situation now creates long term anxiety for parents because there’s no way to know which way the federal or state governments will go,” Reid Blackwelder, a “simple country doctor” practicing in Kingsport, Tennessee, and professor and vice chair of medical student education at East Tennessee State University, told me. I interviewed him for my analysis of the NEJM paper in Medscape Medical News.

Without adequate healthcare coverage, parents of kids with rare diseases could face the nightmare situation of having to explain to ER staff the particulars of their child’s inherited illness – such parents typically tote tons of info to avoid misdiagnoses and inappropriate treatments. Deep cuts to Medicaid, from the proposed budget as well as the new healthcare plan, would affect many rare disease families. That’s why so many patient and physician groups, representing rare as well as common conditions, have protested.

What do post-election health effects have to do with DNA? Our new normal of constant stress can influence gene expression now, making us ill, and perhaps even affect evolution.

Stress alters gene expression. Stress isn’t a state of mind, but a physiological response to a perceived threat, either acute or to a chronic barrage of upsetting events or looming dangers. The stress response is a cascade. Fear activates the amygdala to signal the hypothalamus (both in the brain), which then launches the fight-or-flight response. The heart races, lungs pump, and pupils and blood vessels constrict, while epinephrine pours out of the adrenal glands, signaling release of another hormone, cortisol. Blood pressure and blood sugar rise, as digestion and immunity temporarily fade. Sphincters may let loose.

The unrelenting emotional ups and downs oozing out of Washington like a deranged circadian rhythm for months now could, in some individuals, unleash a laundry list of responses. Hypertension. Atherosclerosis. Weight changes (the Trump 10). Disturbed sleep. Brain alterations that up the risk of anxiety, depression, and even addictions.

All of these stress-related reactions and responses arise from finely-tuned biochemical control mediated by enzymes, which as proteins are the products of genes. These are changes in gene expression (epigenetic), altering gene function but not structure.

A longer-term type of post-election effect on DNA could be a change in the assortment of gene variants sent into the next generation, which is the very definition of microevolution: change of a gene variant’s frequency in a population.

In textbook terms, 5 factors contribute to microevolution, and one is non-random mating. But when I blogged, on November 10, that the political situation could alter the course of human microevolution, the response was swift and nasty.

Like Kathy Griffin’s horrific beheading stunt, I went too far in suggesting that the human population in the US might take the first tiny steps in diverging towards separate species by mate choice driven by political differences, which were a surrogate for the inherited component of intelligence. I compared the theoretical process to the evolution of the Eloi and Morlocks of H.G. Wells’ dystopic novel The Time Machine, but didn’t state which political side was which.

Twitter erupted. Soon I was being called a moron and far worse by people who couldn’t tell a DNA molecule from a meatloaf, judging from the comments, and were all-too-gleeful to berate another XX. When e-mail brought eerily personalized death threats, I sanitized my website and yanked the blog post. I declined requests to be on radio or TV shows reviving the inheritance of IQ discussion.

But I was onto something.

If anyone doubts whether the election has skewed mate choices, please explain TrumpSingles.com. (However, I suspect that the Making Dating Great Again website might not be homegrown: the Terms of Agreement use "offence" and "unauthorised.") NPR analyzed online dating profiles, which are changing as women avoid men who consider genital-grabbing accepted behavior.

Many of us know people who have had fractured relationships since the election, and a few have made it into the media:

"He Likes Trump. She Doesn’t. Can This Marriage be Saved?"

And some people are questioning the wisdom of having kids at all in a warming world.

My idea was just meant as a thought experiment, and one that didn’t even make much sense, because microevolution, like climate change, happens all the time. But the “lock her up” crowd didn’t get that.

What will happen in the months to come? Dr. Markowitz notes that post-Trump stress disorder is hitting many more than just those with pre-existing psychiatric diagnoses or the many members of the targeted groups. It seems a terrible time to be cutting funding to the National Institutes of Health, the Centers for Disease Control and Prevention, and taking away health insurance for millions.