Animal Research Saves Lives: A Blast From My Fruit Fly Past 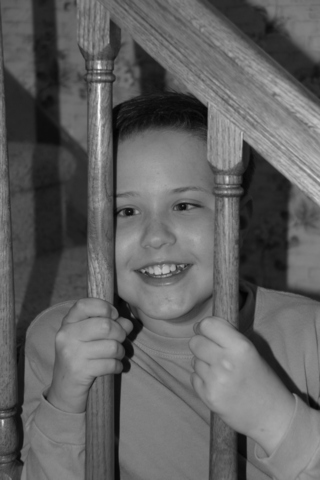 Gene therapy gave vision to Corey Haas. (photo: Dr. Wendy Josephs)
Chicago – I left fruit fly research circa 1982, shortly after earning my PhD in genetics, because I didn’t think insects with legs growing out of their heads was of much import to human health.

Although I went on to a rewarding career as a writer, I quickly learned that I was wrong about the  Read More
1 Comments

Fruit flies...as a parent of an CRB1-LCA blind 5-yr old, I too have a newfound appeciation for the pesky little fryit flies...who knew!?! You can learn more about the kids affected by this CRB1 research at www.crb1.org

Tags: Huntington's disease, animal research, PETA, People for the Ethical Treatment of Animals, fruit flies, drosophila, KMO, animal models, American Physiological Society, Huntington's Disease Society of America, HDSA, Cure Huntington's Disease Initiative, CHDI
I’m a big supporter of animal research, but I usually keep such studies out of my textbooks, because too many times what’s true for a mouse turns out not to be true for a person. But the news from Flav Giorgini and colleagues at the University of Leicester, University of Maryland School of Medicine, and Gladstone Institutes in San Francisco is hard to ignore – and it isn’t even in mice, but my old pals fruit flies.

The science is straightforward: blocking production of an enzyme called KMO, either by knocking out its gene or feeding flies drug-laced goop, enables flies with a version of Huntington’s disease to move more normally. HD is the neurodegenerative disease that struck Woody Guthrie, causing uncontrollable, dancelike movements. Dr. Giorgini discovered the connection to KMO in yeast in 2005, using resistance against cell death as a sign, since yeast are not known to dance. And the next step is obvious – try KMO inhibitors in people. The enzyme is also implicated in Alzheimer’s disease, ALS, AIDS dementia, and a host of other common conditions.

This fly/KMO study is a perfect example of the value of animal research. And so I went onto the People for the Ethical Treatment of Animals website to see what they had to say about the value of fruit fly research. Flies are, after all, animals. I found only an outdated blog comment about a PETA-provided bug catcher, which one would presumably use to escort errant cockroaches outside. The main page featured, as usual, the adorable – dogs, monkeys, and lions – and if you search a bit, the occasional mistreated turkey or lobster. The Bambi factor is at work - protect the furry.

"The Sighted Leading the Sighted"

Tags: gene therapy, blindness, animal research, University of Pennsylvania, Foundation for Retinal Research
Normally a 9-year-old boy cavorting with a big, shaggy dog isn’t anything unusual, but when Corey Haas grabbed the leash of 1-year-old Mercury last Saturday, it was a stunning sight. For both Corey and Mercury, a briard sheepdog, were born with the exact same form of hereditary blindness, Leber congenital amaurosis (LCA). And  Read More
Be the first to comment