The age of genetically-enhanced children is approaching. Novelist Kazuo Ishiguro imagines a have-and-have not future, and it’s not pleasant 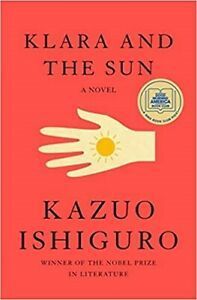 Biotech interventions to help sick children—like gene therapy—are approached with supreme caution. If a treatment has a reasonable chance of working, and especially if there aren't alternatives, potential benefits might clearly outweigh the risks, and favor running a clinical trial.

But genetic modification of sperm, eggs, or embryos is a different story, even with a therapeutic goal (see GLP Ricki Lewis' Designer babies? US scientists swap DNA in embryos, replacing mutation that causes heart problems). Scrutiny is even more intense if the intervention aims not to heal or prevent illness, but to genetically enhance children, striving to somehow "improve" them.

Could genetic modification endow a child with high intelligence, facility with learning languages, musical or artistic ability, or mathematical genius? And what would happen to a society in which wealth determines whose children are enhanced?

Kazuo Ishiguro's new novel, Klara and the Sun, imagines a world in which some children are rendered exceptionally intelligent with genetic modification. The British author, recipient of the 2017 Nobel Prize in Literature, also wrote the 2005 dystopian masterpiece Never Let Me Go (and 2010 film), set at an English boarding school in the 1990s. In that alternate reality, people are cloned to provide organs for the wealthy, perishing proudly in young adulthood when they run out of spare parts.