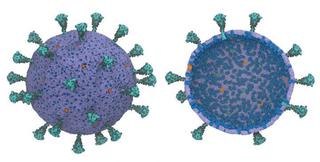 Glimmers of hope are beginning to shine through the gloom of the past year. That was evident in a recent webinar that the Massachusetts Consortium on Pathogen Readiness (MassCPR) held to "demystify" the new viral variants. Each consists of several mutations.

Will the variants fuel "a novel stage of contagion, COVID 2.0?" opened George Daley, MD, PhD, dean of Harvard Medical School. "What has been unsettling is how many times mutations have cropped up independently in infected patients across the globe and in petri dishes. This is a consequence of Darwinian evolution by natural selection in real time," he added. The fact that the virus, SARS-CoV-2, has mutated in the same ways at different times and places suggests that the changes benefit the virus.

Also disturbing is that once variants appear, they proliferate. "That suggests the virus is more contagious, or replicates faster, so that it takes over the outbreak," said Jeremy Luban, MD, from the University of Massachusetts Medical School. Most mutations are neutral; we need to worry when they combine into "variants of concern," aka VOC. "They could permit the virus to escape immune control that's been established in a person from prior infection or from a vaccine," Luban added.

The "big three" variants of most concern now have hard-to-remember numerical names, which avoid stigmatizing a place: B.1.3.5.1 variant (South Africa), B.1.1.7 (UK), and P.1 (Brazil). The last one may be the worst to arise, so far. It first came to attention in Manaus, Amazonia. "Up to 70% of the population had been infected and they had developed what we'd consider herd immunity that would prevent new infection," Luban explained. The explosion of hospitalizations and deaths in December, a second wave, coincided with the appearance of the P.1 variant. "Many mutations in it raise concerns about whether the virus is resistant to the immune response against the first virus," he added.

Fortunately, the vaccines so far are doing their job. Here are 6 pieces of good news.

‘Challenge studies’: Should we be testing COVID vaccines by intentionally infecting volunteers? 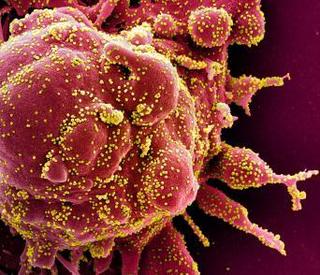 To those who've never thought about volunteering to be intentionally infected to test a vaccine, the idea may at first seem a bit bonkers. But such "challenge" studies not only have a rich history, but nearly 40,000 people have already checked the box "I am interested in being exposed to the coronavirus to speed up vaccine development" at 1daysooner, a website and non-profit organization that launched in April.

Challenge studies go by other names: "controlled human infection models," "human viral challenge," and "purposeful infection." Dripping virus-tainted saltwater into a volunteer's nostrils enables researchers to track infection, and the immune system's response to it, right from the start. The approach complements phase 3 clinical "field" trials of efficacy that await natural infection in the community.