The Tomorrow War on Amazon Prime Echoes COVID: Science from the Past Saves Humanity’s Future 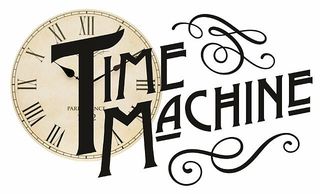 Scary monsters, time travel, and a female protagonist plucked from The Handmaid's Tale cast: what could be better?

A Derivative Plot with Interesting Embellishments

In Amazon Prime's new "military science fiction action film" The Tomorrow War, released July 2, young time travelers from 2051 arrive in the middle of a World Cup match near the end of 2022 with a message: humanity is on the brink of extinction from being food for the "Whitespikes." The visitors need new troops to jump ahead to the future. At first I thought the characters were saying "white stripes" and expected the appropriate soundtrack, but the spikes are part of the enemy's phenotype.

The Whitespikes appear suddenly, ducking radar and satellites, in November 2048, in northern Russia. They gobble through humanity quickly, leaving a mere half million people. So dire is the future need that military folks and civilians are selected from the populous past for week-long deployments, with no time for training. Only a third survive.

The recruits painfully get arm implants that receive signals from a hovering wormhole-based "jumplink" to suck them up into the future. The group ascension reminded me of the people reaching age 30 in Logan's Run floating joyously upward as they attain "Carousel," aka death. The jumplink is far more massive and sophisticated than the clunky bike-like vehicle that hurtled time travelers centuries forward in H. G. Wells' The Time Machine. The sucked-up ones in 2022 are then unceremoniously dumped into a future crawling with fire and destruction and hordes of leaping, slathering, hungry "aliens."