Drugs that restore the shape of the errant protein behind cystic fibrosis (CF) have, over the past eight years, helped the majority of patients, who have certain mutations. Gene-corrected stem cells might offer a "mutation agnostic" option to CF.

CF results from a glitch in a glycoprotein with the unwieldy name "cystic fibrosis transmembrane conductance regulator", or CFTR. The proteins normally fold into channels that regulate the flow of ions into and out of cells, controlling the balance of water and salts in linings and barriers of the respiratory tract, pancreas, intestines, and elsewhere. If the proteins can't fold correctly, or can't migrate to the cell's surface and then open and stay that way, the resulting ion imbalance allows too much water into lining cells and secretions thicken. CF symptoms ensue, such as difficulty breathing and digesting. The Cystic Fibrosis Foundation has a helpful video (see below) both on why CF develops and the promise of gene-editing.

The most common CF mutation, F508del, removes just one of the protein's 1,480 amino acids (a phenylalanine), and that's enough to wreck the ion channels. Ninety percent of patients have at least one F508del variant. Researchers have identified more than 2,000 variants in the CFTR gene, about 350 of which are pathogenic.

To continue reading go to The Niche, where this post first appeared. 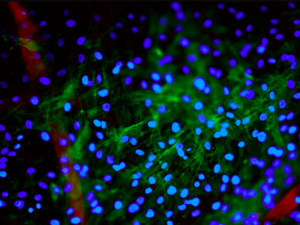 In the weeks and months following a transplant, a major concern is the recipient's immune system rejecting the "foreign" biological material. But in GVHD, the opposite happens: transplanted tissue unleashes a horde of T cells that spark a cascade of inflammation, within 100 days. Typically, GVHD follows a bone marrow transplant (BMT).

Eighty Percent Mortality
BMT has been used for more than half a century to treat and possibly cure certain cancers and single-gene conditions like sickle cell disease, immune deficiencies, and lysosomal storage diseases. BMT and hematopoietic stem cell (HSC) transplantation also enable a cancer patient to withstand higher doses of chemotherapy or radiation.

Acute GVHD develops in about half of the 30,000 or so patients who receive a BMT from a donor worldwide each year.  In children the complication can be particularly fierce. A blistery rash can become so extreme that the skin peels away, as can the intestinal lining, causing abdominal pain, diarrhea, and nausea and vomiting. Hepatitis may develop.

Only 20% of children who have steroid-resistant acute GVHD survive. But a treatment of mesenchymal stromal/stem cells (MSCs), called remestemcel-L (RYONCIL™), from Mesoblast Limited, is boosting survival to the 65-75% range among severely affected children, according to recent clinical trial findings.

On August 13, FDA's Oncologic Drugs Advisory Committee, an independent panel of experts who take a first peek at phase III clinical trial results, voted overwhelmingly to advise the agency to continue along the path to approval for RYONCIL. FDA's final meeting is slated for September 30.

To continue reading, please go to The Niche, where this post first appeared.  (Photo credit: Rose Spear on Flickr.) 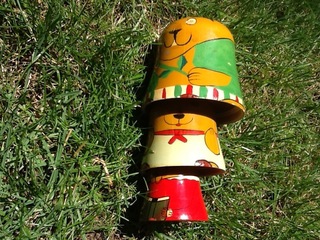