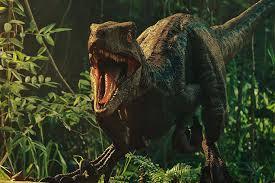 The latest installment in the Jurassic Park franchise, coming a quarter century after the first film, is about the “genetic power” of the cloned dinosaurs. Only it really isn’t.

The plot is superficially superficial – reviews seem more focused on Bryce Dallas Howard’s improved footwear from the last go-round, pointing out the thin plotline. But many missed the subtleties and subtext of the science.

I scribbled in the dark theater, as I did when reviewing the ridiculous Rampage a few weeks ago. Fallen Kingdom is much better – at least some thinking went into it.

When last we saw the dinos in 2015, they were running amok on Isla Nublar, 150 miles to the west of Costa Rica. Now a huge volcano has started to sputter. What to do? After all, we brought them back, posits Jeff Goldblum, reprising his mathematician-turned-biologist Ian Malcolm persona in the first scene, deploying multisyllabic words when addressing a befuddled senator. The beasts are facing an “extinction level event.”

Continue reading at DNA Science, my blog for Public Library of Science.  Read More
Be the first to comment

Tags: gene therapy, fetal medicine, fetal surgery, Leber congenital amaurosis, bioethics, The Forever Fix: Gene Therapy and the Boy Who Saved It, Carson Strong, Ian Malcolm, Jurassic Park, fda, phase 1 clinical trial, Ricki Lewis, therapeutic misconception, Lorenzo's Oil, Stop ALD, adrenoleukodystrophy
Gene therapy is experiencing a renaissance, with many of the recent successes in children. For some conditions, the younger the child, the better the genetic correction, because affected tissues degenerate with time. This is the case for adrenoleukodystrophy (ALD), the “Lorenzo’s Oil” disease that strips the insulation from brain neurons. One goal of  Read More
Be the first to comment