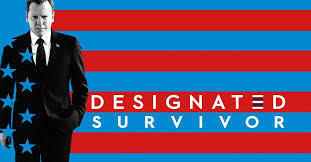 I was distressed to learn that Netflix cancelled Designated Survivor, after rescuing the show from ABC for a third season. Finally, the characters in the West Wing could speak realistically. But it didn't help.

I was thrilled at the bioterror-catalyzed plot, which borrowed Isaac Asimov's law of science fiction: change only one thing. But stronger science in the story could have built a compelling, biology-based case against white supremacy, because the weapon was to somehow seek the dark-skinned. Short-shrifting the science was a missed opportunity.

A relief from reality

The first episode of Designated Survivor aired September 21, 2016. With ten million viewers, many following star Kiefer Sutherland from his Jack Bauer/24 days, DS was quickly extended to a full season.