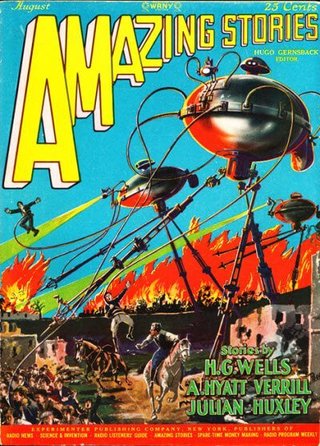 Preserving human microbiomes today, especially the more diverse ones from traditional peoples in developing nations, may provide treatments for diseases in the future, propose four microbiome experts in the October 5 issue of Science.

In the sci-fi classic The War of the Worlds, Martians attacking the Earth drop from the sky, dying, victims of bacterial infections to which humans have become immune. H.G. Wells wrote the novel from 1895 to 1897, set in Victorian England.

Then on October 30, 1938, a radio version aired in the US, with Orson Welles narrating so convincingly that many listeners panicked, thinking that Martians were truly invading. The first of five film adaptations debuted in 1953, set in California.

The 2005 film has Tom Cruise running around as Dakota Fanning screams her head off, this time in New Jersey. The closing lines summarize the microbiology of the situation: