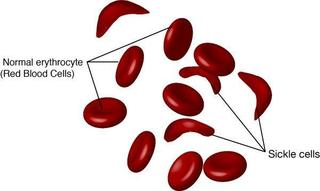 CRISPR conjures up images of fried chicken, but it stands for “clustered regularly interspaced short palindromic repeats” – short repeated DNA sequences interspersed with areas called spacers, like stutters. The pattern of repeats and spaces attracts an enzyme, Cas9, which is like a molecular scissors that cuts wherever short RNA molecules called “guide RNAs” take it. Here’s a fuller description.

CRISPR directs a bacterial immune defense to target genes of interest in the genomes of a wide variety of species. This “genome editing” tool extends gene therapy by not only delivering healthy copies of genes, but removing the bad ones at the same time.

“iPS” stands for induced pluripotent stem cells. Because they are derived from somatic cells, such as skin fibroblasts, iPS cells can yield other cell types while not irking embryo rights advocates. Human iPS cells can glimpse a disease’s start in a lab dish, which Kevin Eggan and his team from the Harvard Stem Cell Institute first did for cells from patients with ALS in 2008.

I’ll leave it to the other science bloggers to explain the details of the new paper. Instead I’ll go back in time, for sickle cell disease has been at key crossroads in the field of human genetics. First, the basics.

HOW SICKLING HAPPENS
Hemoglobin is the protein that carries oxygen in the blood. It consists of two alpha chains and two beta chains.

Sickle cell disease results from a change in codon six in the beta globin gene of CTC to CAC, which replaces the amino acid glutamic acid with valine. That alteration, under low-oxygen conditions, makes the hemoglobin molecules glom into ropelike cables that make the red blood cells that contain them sticky and deformable, then bends them into rigid, fragile, sickle shapes.

The spiky cells lodge in narrow blood vessels, cutting off local blood supplies. Once a blockage occurs, behind it oxygen levels fall and sickling speeds up and spreads. The result is great pain in the blocked body parts, especially the hands, feet, and intestines. Bones ache, and depletion of normal red blood cells causes the overwhelming fatigue of anemia.

DISCOVERY OF SICKLED HEMOGLOBIN
Sickle cell disease was the first genetic illness understood at the molecular level. In 1904, young medical intern Ernest Irons noted “many pear-shaped and elongated forms” in a blood sample from a dental student in Chicago who had anemia. Irons sketched this first view of sickled cells and showed his supervisor, James Herrick. Alas, Herrick published the work without including Irons and has been credited with the discovery ever since.

In 1956, protein chemist Vernon Ingram chopped up the 146-amino-acid-long beta globin subunit and searched and found the sickle cell mutation – a little like finding a typo in a sentence rather than on a page.

GLOBIN CHAIN SWITCHING
Embryos, fetuses, and postnatal humans have different hemoglobin molecules. Two of the molecule’s four subunits are replaced during development in sync with changing levels of oxygen in the environment. The genes that encode the various subunits sit beside each other on chromosome 11, turned on and off from embryo to fetus through infancy, like moving fingers on a flute to change the note.

The idea that fetal hemoglobin is different dates to two chemistry papers, from 1866 and 1888, based on the fact that the fetal version doesn’t fall apart in base. Then in 1934, a paper in the Journal of Physiology "On the occurrence of two kinds of haemoglobin in normal human blood" described the distinction.

In 1983, researchers identified the methylation patterns that switch hemoglobin types on and off. And for 40 years, researchers have been adopting globin chain switching to treat various "hemoglobinopathies". The drug hydroxyurea de-represses fetal hemoglobin genes, reducing the chance of severe sickling.

THE MALARIA CONNECTION
The relationship between sickle cell disease and malaria is the textbook example of balanced polymorphism: protection against an infectious disease by being a carrier for an inherited disease.

The blood of a person with full-blown sickle cell disease is too thick to accommodate the malaria parasite, and the red blood cells too bent to house them. A carrier has enough sickled cells to quell the parasite, but not enough to block circulation and cause the pain and anemia of the inherited disease.

Anthony Allison, a British doctor with expertise in biochemistry and genetics, was investigating blood types in East Africa in 1949, following up a colleague’s observation that sickle cell disease seemed unusually prevalent. Allison discovered that up to 40% of the members of 35 tribes had sickle cell disease, and all lived in areas where malaria was endemic.

Looking at the coinciding maps of the two diseases, Allison deduced that sickle cell carriers had an advantage. Sure enough, their red blood cells had far fewer malaria parasites than the cells of people with normal hemoglobin. He concluded, "persons with the sickle-cell trait have a considerable natural resistance to infection with Plasmodium falciparum," in Transactions of the Royal Society of Tropical Medicine and Hygiene, in 1954.

THE DISASTROUS CARRIER SCREEN OF THE 1970s
The "sickle-cell trait" that Allison referenced was to have tragic consequences two decades later. I told the story in this Science Progress post from 2008:

"Sickle cell testing between 1970 and 1972 was mandatory in 12 states and targeted African-Americans. Misunderstanding was rampant, perhaps because the term “sickle cell trait” for carriers suggested that their condition was somehow visible. What they carried was stigma. At the time, the disease could not be prevented, tested for before birth, or treated. So why identify carriers? Fortunately the discrimination was short-lived, thanks to passage of the National Sickle Cell Anemia Control Act in 1972. By the 1980s, antibiotic treatment and bone marrow transplant became possible for this painful, but variable, disease."

I learned off-the-record that a few women committed suicide when told they had the "trait" and little else. The sickle cell testing tragedy was a lesson that reverberates today as we debate how to handle reporting of heterozygote status among secondary ("incidental") findings in sequenced genomes.

TREATMENTS
To better study sickle cell disease, although quite a lot was already known, in the 1990s investigators created several strains of transgenic mice that made human hemoglobin. Because early mouse models didn’t exactly recapitulate the human clinical scenario, various attempts to create a transgenic pig with human hemoglobin happened, but I can’t locate much other than this 1996 paper about a pig with hybrid hemoglobin that had human alpha chains and pig beta chains.

This week’s paper about CRISPR and iPS cells probably won’t add much to what we already know about sickle cell disease, but might provide a way to manipulate oxygen level and watch the hemoglobin subunits segue from embryonic to fetal to adult. That would be cool. Even more exciting, though, is that it may offer a way for CRISPR/Cas-9 to cure a single-gene disease in a patient’s own iPS cells, creating a supply of matched replacement cells.

Conclude the researchers, “Our results represent a significant step toward the clinical applications of genome editing using patient-derived iPSCs to generate disease-free cells for cell and gene therapies.”

(Much of the history in this post comes from various editions of my textbook, Human Genetics: Concepts and Applications. This post first appeared March 12 at my blog for Public Library of Science, DNA Science.
Be the first to comment