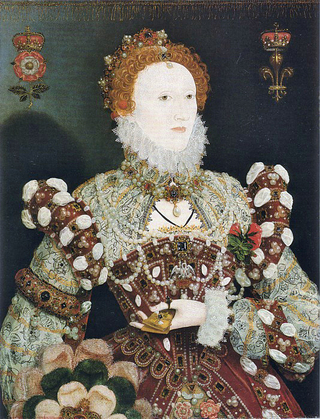 Variants of the melanocortin-1-receptor (MC1R) gene impart the red hair, fair skin, and freckles of a Prince Harry or Wilma Flintstone – and also poorer protection against ultraviolet (UV) radiation and therefore higher risk of developing skin cancers, including melanoma. But a new study published in JAMA Dermatology reveals that MC1R genotype alone more than doubles the risk of melanoma.

The Ginger Gene
Many colorful creatures owe their distinctive phenotypes to MC1R variants, from red pandas and ruffed lemurs, to Golden retrievers and brown cavefish and Kuzakh fat-rumped sheep. Orangutans are an exception – their hue arises from a different gene.

Mutations in the “ginger gene” arose 20,000 to 100,000 years ago. In 2007, “flame haired” individuals were identified among Neanderthals. A popular hypothesis holds that MC1R variants predisposing to developing melanoma have persisted because they enabled people living at high altitudes to manufacture vitamin D. It sounds like a nice example of balanced polymorphism, but evidence isn’t compelling.

Pheomelanin Raises Risk
The role of MC1R in signal transduction is well studied. Melanocytes make the receptor in response to melanocyte stimulating hormone, which in turn is produced in response to UV. Receptor binding normally stimulates production of cyclic AMP and the dark eumelanin pigments in melanocytes, which protect against UV damage.

“In naturally occurring variants in an individual with red or blond hair, the receptors fail to signal when MSH binds,” explains David E. Fisher, MD, PhD, of the Cutaneous Biology Research Center at Massachusetts General Hospital. He and colleague Elisabeth M. Roider, MD, contributed an editorial to accompany the new report.

The MC1R variants favor production of the red-associated pheomelanin, “which are very poor at protecting against UV radiation. It’s been known for several decades that UV chemically excites pheomelanin and triggers release of reactive oxygen species, while the brown-black eumelanin has some capacity to absorb UV and is also very good at quenching antioxidant damage in cells,” Dr. Fisher adds.

In 2012 Fisher’s group showed in mice that MC1R genotype alone, without UV exposure, ups the odds of developing melanoma. It was that work that inspired Judith Wendt, MD, PhD of the Medical University of Vienna and colleagues to examine the phenomenon in people, in whom it is considerably more difficult to control UV exposure than for mice in a lab who never see the light of true day. So instead of trying to find people who’d never been outside, the researchers judged past sun exposure from patient recall of sunburns past (specifically, 10 or more sunburns before age 20 or 12 over one’s lifetime and took that into account in evaluating MC1R genotypes on melanoma risk. Then they determined the risk not counting the environmental exposure. And people with MC1R risk genotypes were 2.13 times as likely to develop melanoma as people with wild type genotypes.

Would MC1R Testing Lead to Genetic Complacency?
The finding that variants of a gene can increase risk for, and possibly even directly cause, melanoma even in the absence of the accepted major risk factor – UV radiation – has clinical implications both obvious and subtle.

One obvious caveat is that sun exposure remains a major risk factor, and people should use sunscreen (which prevents sunburn, not cancer) and avoid midday exposure, Dr. Fisher said. But he also points out that the new evidence indicates that health care providers and the rest of us need to look at our entire selves for the telltale ABCDEs of melanoma lesions: asymmetrical shape, border, color, diameter and evolution – not just the parts exposed to the sun. (This was already known, but not widely.) It goes without saying that indoor tanning of any kind is an extremely bad idea – see FDA's warning.

Do we need a genetic test for MC1R? Probably not. People know if they have red hair and fair skin and burn rather than tan, but perhaps a genetic test could reveal MC1R variants that are the riskiest, which the new paper lists. genetests.org doesn’t offer MC1R tests, but I was alarmed to easily discover www.myredhairgene.com, which tests for 5 red hair variants for $119 – direct-to-consumer (DTC). This is about as silly as paying for an eye color genetic test.

DTC genetic tests, even if ridiculous, scare me, because results may be delivered without interpretation by a genetic counselor. Even testing for a seemingly harmless and trivial trait such as athlete prowess or pretty hair can lead to unhealthy decisions without expert input. I fear that perhaps someone who does not have one of the risky MC1R variants but somehow still is a carrot top (like an orangutan) might neglect the still-strong influence of UV radiation and head off for the tanning booth.

The situation reminds me of women who learn that they don’t have aBRCA mutation and assume they can’t get any form of breast cancer. Genetic testing can make people complacent if they do not realize that many genes, plus environmental influences, contribute to most disease susceptibilities. So I hope MC1R testing, should it be developed, is a fully-validated clinical test under the control of experts.

An Advantage of Being Black
The elegant separation of genetic risk from environmental risk for melanoma shown in the new study also reveals, once again, that at least in terms of skin cancer, it is good to have dark skin. “Dark skin pigment is tremendously protective. We know from epidemiology of skin cancer in blacks and Mediterranean people that their risk for all skin cancers is hundreds to thousands fold lower that for white people. So we can ask, in a futuristic way, is there a way to stimulate production of skin pigmentation?” asked Dr. Fisher. (People with dark skin can get severely sunburned though and should use sunscreen for this reason.)

Darkening skin to lower cancer risk is an intriguing thought. And I can’t help but wonder at attempts in times past that people have made to lighten their skin, or pass for white, for sick societal reasons. In terms of the biology of skin, efforts should be in the other direction. Dark-skinned people have a legacy of protection molded by powerful natural selection. The lightest skinned among us are mutants.