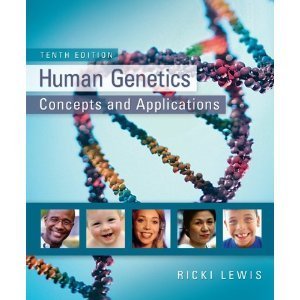 It takes a village to produce a textbook.
iBooks Author “will let anyone make their own interactive textbook, in like 5 minutes flat,” according to several reports on Apple’s January 19 announcement. Then why did my first college textbook, Life, take 10 years?

It’s simple: researching, writing, editing, and publishing a textbook takes years of work by a highly trained team. iBooks Author may facilitate assembling the pieces, the publication part. But creating and polishing content so that it is publishable entails so much more than cutting and pasting lecture notes and dropping in photos and videos.

My career as a textbook author began when, at age 26, I allowed the publishers’ acquisitions editors into my office in the zoology department at Miami University. Since I was writing for magazines, five editors enticed me to submit proposals, not for the human genetics textbook I wanted to write (the field was not yet perceived as important), but for an intro text.

And so I did it. My book proposal and sample chapter sprouted from my lecture notes, following the standard order of topics, but with a science journalist’s touch. I waited months while instructors reviewed the proposal. Then I evaluated the comments, revised, resubmitted, and signed on.

The first edition of a typical textbook goes through four, five, or more complete overhauls, as instructors review chapters, sometimes brutally. For intro bio, that meant 40 chapters, each with 10-20 instructors chiming in, many with opposite demands. And the author must be innovative, yet not shake things up so much that instructors must revise their lectures to use the book. It’s a tall order.

Reviewers finally satisfied, the book vanishes for a few weeks or months and re-emerges marked up anew, this time by a copyeditor. Once corrected, it vanishes again, then is reborn as “first pages,” which is my favorite part – no more manuscript. Then comes revised pages, and confirming pages. The author reads, corrects, and improves the same book over and over and over, while also providing drafts of illustrations and selecting photos, and developing the pedagogical tools (learning outcomes, key terms, questions, glossaries, summaries).

And this can be done “in like 5 minutes flat?” Sure.

My first textbook survived six editions, but it isn’t extinct. Snippets of my virgin effort remain within the texts of other authors, under the same publishing umbrella, like DNA sequences from ancient viruses lurking in our genomes. Yes, companies and individuals own content; it isn’t all free for the taking. I saw my original publisher, a small family-run business, absorbed into ever-larger companies, like little fish being swallowed by big fish. Yet through the efforts of the incredibly talented editors, designers, marketing experts, sales reps, and many others, the company has adapted brilliantly to the changes in the industry.

I first saw a textbook I co-author come to life on an iPad last summer. I was thunderstruck. With such a marvelous tool, I might have learned something in organic chemistry. The iPad makes learning fun. I ran the cell division video over and over and delighted in seeing my glossary definitions pop up in little bubbles.

Will the 5-minute textbooks threaten my livelihood? A precedent may lie in
the “on-demand” publishing of trade books, another field in which I’ve dabbled.

In 2008, I on-demand published a novel. Realizing that editing my own work would be like trying to take out my own appendix, I hired a wonderful editor. But it wasn’t nearly enough. It was only when I wrote a narrative non-fiction book for St. Martin’s Press that I realized what’s lacking in on-demand publishing: the reiteration that lays behind traditional textbook publishing too. My editor transformed my true story, stripping away what wasn’t critical and marking places where transitions kept up the pace.

Where is this expert scrutiny in the gestation of the 5-minute textbook?

I did several drafts before my editor added her magical touch. Next came the copyedit. Then the legal review. Then series of “pages,” just like the textbooks.

And that is the hallmark of traditional publishing: the iterations and input, the constant rewriting as the work is tweaked and sculpted until it reads as if it was easy to write. This is the secret to good writing, and also the reason why many people think that they can just wake up one day and suddenly be a writer. Suggesting that this can be done “in like 5 minutes flat,” even if the speed-author already owns the polished content, is an affront to professional writers.

Just as it takes a village to raise a child, it takes a team to write, edit, and publish a textbook. And it takes one thing more – time.

I could see how self-published textbooks might be fun for readers in the way that Wikepedia is, but God forbid they end up in a classroom. As a fiction writer, I'm so thankful to my agent, editor and copyeditor for their diligent work to make my book the best it can be. I can't imagine publishing a textbook or any NF without a team of reviewers.

very insightful! technology is a wonderful tool, but there are some things that it cannot replace.